At Once, There Was No Horizon 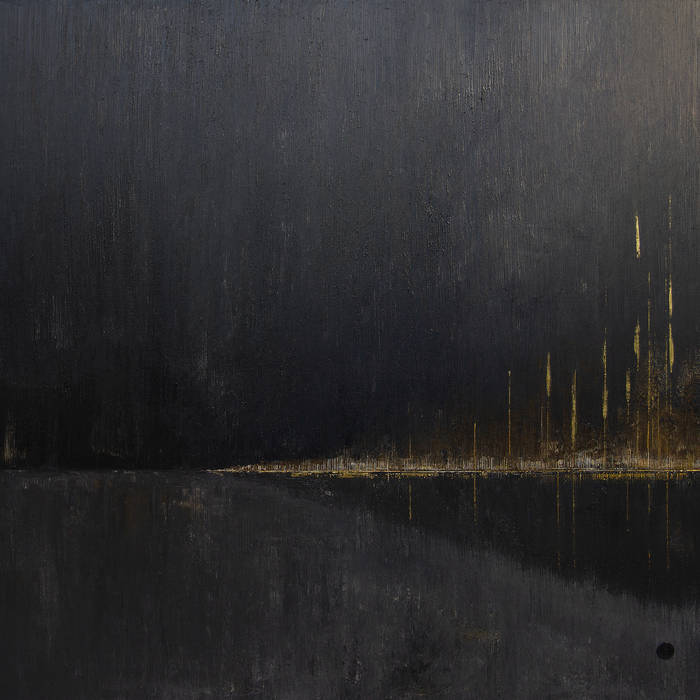 alapastel Do you plan to go on a tribal journey to the edge of consciousness? This rhythmic ceremony with incredible sound design is narrative like a Dionysian ritual and full of ghosts like a forest. Favorite track: At Once, There Was No Horizon.

Gyakkun As with all of Fritch's best work, this album takes you on an epic journey. In the woods, over mountains, on the sea, this is the soundtrack driving you onward, giving you purpose and fulfillment. Favorite track: Empty Heroics.

Joe Borreson Thrumming, tribal, symphonic forest canopy feeling music that feels like it's from the past and the present simultaneously Mr. Fritch reached into his drawer of magic and revisits the Video Abiungo moniker for the first time in a while and its very well worth the wait. Favorite track: Unfulfilled Promise.

Lost Tribe Sound William Ryan Fritch at his most heady and rugged. Elliptical patterns of horns, reeds, bowed metals and the ecstatic chatter of unfamiliar percussion cluster, rise and decay. Elsewhere, ever-densening thickets of rhythm pummel the load-bearing frame of the upright bass.

At Once, There Was No Horizon is the fifth album from Vieo Abiungo. It arrives nearly 10 years after, 'Blood Memory' which served as both the first release for Lost Tribe Sound and for composer William Ryan Fritch under the alias.

The new record is an expanse of impressionistic tonal color, where elliptical patterns of horns, reeds, bowed metals and the ecstatic chatter of unfamiliar percussion cluster, rise and decay. In moments, the exchange of timbral energy from instrument to instrument feels distant, alien, and disquieting, like walking into a sweltering forest where sounds shift and converse around you unrevealed.

Ever-densening thickets of rhythm pummel the load-bearing frame of the upright bass. With a sudden rumble and snap, they break like the weight of a substantial branch. An overblown exaltation; one of impossibly close and intimately-keyed contrabass clarinet, baritone and alto sax, flute, euphonium and flugelhorn begin their convulsive dance. One can almost feel the pads of the woodwinds sealing before each note and every irregular breath or loosened embouchure becomes a rhythmic cadence unto itself.

At Once, There Was No Horizon arrives with a glass mastered CD housed inside a quality hard cover book. Each edition contains 8 full color pages of artwork from visual artist Rep Ringel. Mastered by James Plotkin. Limited to 100 editions.

BEST ALBUMS OF 2020 - "these six instrumentals take their time, working this impressionism of harmonies and textures until finally extricating from the darkness of the psyche this expected lyricism which becomes all the more poignant." - (translated from French) (Rabbit) INDIE ROCK MAG

"And just as the art, At Once, There Was No Horizon is a brooding, sombre and morose record, a little mouldy and damp at the edges, fully organic and truly alive." - HEADPHONE COMMUTE

"Vieo Abiungo’s invented world suspends the world’s focus on differences in order to find commonality. Every voice remains distinct, yet has a voice at the larger table." - (Richard Allen) A CLOSER LISTEN

"Reedy flutes join a malarial chorus of clicks and clacks that circle in a wicked dance, and woodwind groans like laboured lungs, a faraway melody snaking like candleflame in the night. Fritch weaves this panoply of elements into something peculiar yet organic, conjuring an experience at once menacingly ominous and lushly evocative." - (Liam Doyle) VARIOUS SMALL FLAMES

"Fritch's sound research is translated as never before into ambitious instrumental intersections, which enhance unusual timbres, shaping them into harmonic dances, whose deviant complexity seems to exorcise the torments of an uncertain present." - (translated from Italian) MUSIC WON'T SAVE YOU

"The multi-instrumentalist here uses many brass instruments and invites us to a night walk in a forest of sycamore trees blown by the cold Balkan wind." - (translated from French) DMUTE

"There are these beautiful, quite subtle moments of swirling woodwind, played less like riffs than circular eddies of sound that bubble up before disappearing again from view... Momentum always seems to come in a charming ramshackle way, almost like the pieces haven’t been composed, they’re just moving forward of their own volition." - (Bob Baker Fish) CYCLIC DEFROST