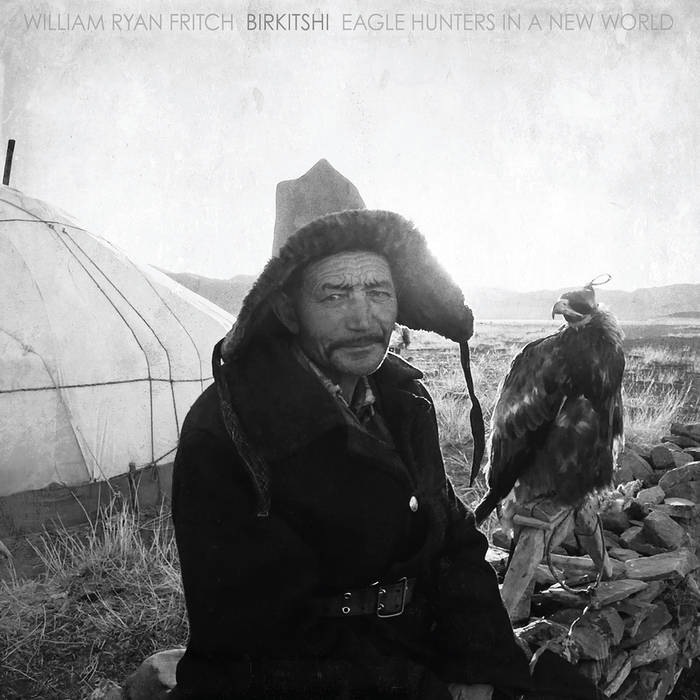 Steve Lake One of the coolest albums and just an overall listening treasure that I've heard in quite a long time. Thank you WRF.

mnorli Getting off the metro with a busy crowd and I'm somewhere else tending the herd... Favorite track: Tending the Herd.
more...

Watch the film trailer and find out more about 'Eagle Hunters in a New World here: gopro.com/news/Burkitshi-Eagle-Hunters-Mongolia

William Ryan Fritch’s original full-length OST for GoPro, entitled, Birkitshi: Eagle Hunters In A New World released worldwide on March 1st, 2017. The vinyl and CD edition of the album arrive in the ever stunning physically and sonically minded fashion that LTS has become known for. Eagle Hunters... takes form with a lush 180 gram audiophile grade vinyl housed in a heavyweight reverse printed jacket (limited to 500). This lacquer process vinyl collectors edition was masterfully cut by Paul Gold at Salt Mastering in NY. Both come with an extended digital bonus edition of the OST featuring 3 exclusive songs: Goshawks II, Distant Hooves, and On Strong Winds, plus a 22 page full-color PDF booklet showcasing many of the breathtaking scenes from the GoPro films. Each edition comes with a Bandcamp download coupon.

For those that have followed the evolution of GoPro’s impressive video and film output over the last 3 years , William Ryan Fritch’s music will be immediately recognizable. From product launches, viral videos, heartwarming character studies to captivating short films; his music has helped punctuate some of GoPro’s most memorable stories with his beautiful, sweeping compositions.

With Eagle Hunters in a New World, GoPro has forged ahead into new and exciting territory with the breadth of its film making and has partnered with Fritch to create a singular and engrossing sound world that underscores both the otherworldly beauty of Mongolia and the unique social and cultural changes that are affecting age old traditions and ways of life. Drawing its rich colorful sound world from both traditional Mongolian instrumentation and modern orchestration, the music of Eagle Hunters.. captures both the almost alien vastness of Mongolia’s landscape, still largely undefiled by modernity, and its jarring juxtaposition with the rampant growth and startling change its cities are undergoing.

In its most ambient moments, immersive, otherworldly choirs and strings envelope plaintive and pastoral calm like unencumbered winds sweeping across vast plains. At its most bombastic, the rhythms race and rumble like beating hooves in pursuit. And in its most soaring moments, the music emanates an aura of the surreal grace and power these golden eagles display with reverence, awe and a melancholy of knowing the world they fly over is changing so fast.

THE YEAR'S BEST FILM SCORES 2017 - "The ethnic richness of this release hearkens back to his albums as Vieo Abiungo, as well as his Death Blues collaboration with Jon Mueller. Once again, the sound is incredibly mastered and nuanced; the sounds virtually leap from the speakers" - A CLOSER LISTEN

"William Ryan Fritch, custom composed the soundtrack which accompanies the full-length piece, “Eagle Hunters in a New World.” Fritch shared the energy, love and enthusiasm of the Burkitshi community through sound, taking organic tools and components to make a single musician sound like a 40-person orchestra." - GOPRO (THE INSIDE LINE)

"His talents as a multi-instrumentalist serve him well here, too, in the way he's able to capture the musical spirit of the Mongolian people with authenticity and respect; never does the music feel like a pale imitation or pastiche as it might have had a lesser composer been involved." - TEXTURA

"True to its unconventional approach, "Birkitshi - Eagle Hunters In A New World" Fritch combines airy restlessness orchestral solutions with nuances of an arcane tradition, authentically "into the wild"." - MUSIC WON'T SAVE YOU / ROCKERILLA

"Fritch knows to create a self-contained whole, which is compelling, organic, melancholic and above all wonderful." - SUBJECTIVISTEN