Built Upon a Fearful Void 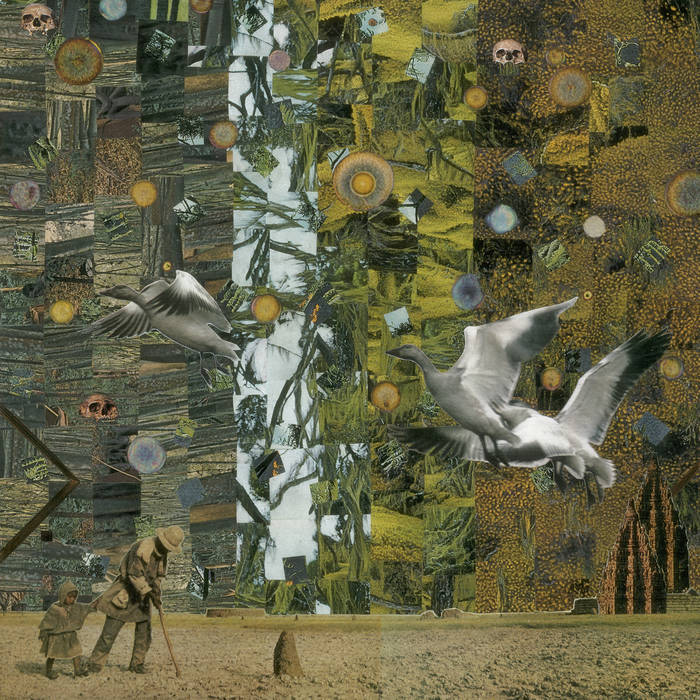 Benjamin Doran A culmination of an incredible body of music.

In.Visible.Generator Lovin the work of WRF. He serves highly inventive music for sound exploration and don´t afraid to crossing borders. He never get me bored but on the other hand, i cant put it on for easy listening sessions because of it´s high complexity. A wired sweet spot between attention, challenge and the joy of curiosity.

Anthony Childs As intensely emotional as this is, it's totally brain food. Someone should literally map the brain activity while people listen to this.
This should absolutely get industry recognition as a candidate for Album of The Year. For fans, that accolade is a no-brainer. Favorite track: (II) Lay Hands Upon Us.

TheSlowMusicMovement Not many LPs deserve a film but this is one of them. It's not going to be a romantic comedy, more a Scandi Noir set under grey skies with occasional glimpses of stunning scenery to let the viewer breathe a little during its exploration of the dark corners of the human condition. Stunning stuff and well worth the wait.

Lost Tribe Sound A two part record—meditating on lost epochs, feeble mythologies, and the many deep gulfs in human knowledge and perception. Each volume takes the listener through their own unique multi-textured explorations of the union and disunion of sonorities for pipe organ, reed instruments, voice, viola da gamba, prepared piano, pedal steel, viola d’amore and banjo.

'Built Upon a Fearful Void' was an album seemingly fated to never be completed. For the last 8 years the album had been recorded and either lost or discarded three times; a leak that water logged and ruined most of the half dozen tape reels the original album was recorded on, a destroyed and unrecoverable hard drive in 2018 that held the near completed mixes and finally in 2021 voluntarily letting go of what remained of the salvaged material to rerecord the album entirely using only faint flickers of the old tapes and cassettes that held the remnants of the old songs.

It is a two part record—meditating on lost epochs, feeble mythologies, and the many deep gulfs in human knowledge and perception. Each volume taking the listener through their own unique multi-textured explorations of the union and disunion of sonorities for pipe organ, reed instruments, voice, viola da gamba, prepared piano, pedal steel, viola d’amore and banjo.

BEST ALBUMS OF THE YEAR / BEST ARTIST OF THE YEAR: 2021 Readers Poll - "I don't know whether this one is concerned with facing existential dread or embracing universal faith, but I do know it's a deep and consistently satisfying album, at once somber and inspiring." - (Duncan Edwards) BRAINWASHED

"The whole album is basically a world-building opus in a vein that is all Fritch's own: the sweeping grandeur of the best soundtrack composers colliding with a talented sound designer and a producer with a real knack for subtly smeared and psychotropic textures. Finding all of those facets properly balanced on the same album is rare enough, but encountering them all in the same person feels like stumbling upon a goddamn unicorn in the wild." (Anthony D'Amico) BRAINWASHED

TOP 40 ALBUMS OF 2021 - "One of our greatest living composers has another collection to break your heart and warm your soul with its lovingly constructed rustic orchestral beauty." - (Trinket Trance) IRREGULAR DREAMS

"There is a dark, aquatic, slightly claustrophobic element to the music, but it wraps your ears up pleasantly and manages to maintain your attention with all those instruments blending together elegantly." - (Rudy Carrera) MUSIC YOU NEED TO HEAR

"Built on a frightening void, his evolutionary and existential path seems to have reached a balance between the experimentalist euphoria and the harmonic calmness of classicism." - (Maria Balsamo) IMPATTO SONORO

"Fritch stays away from the near-perfect widescreen cinematic production that is common in modern classical music, using “a mixture of audio fidelities, by using Hi-Fi 24 track decks and old Soviet magnetic wire recorders”. The result is very intimate and spontaneous sounding." - AMBIENT BLOG

"Overwhelming and penetrating music, Fritch shows once again that he is one of the most unique contemporary composers." - (translated from Dutch) (Jan Willem Broek) DE SUBJECTIVISTEN

Recorded in April and May 2021 in Petaluma, California at The Barn, St John’s episcopal church, and The Masonry Hall