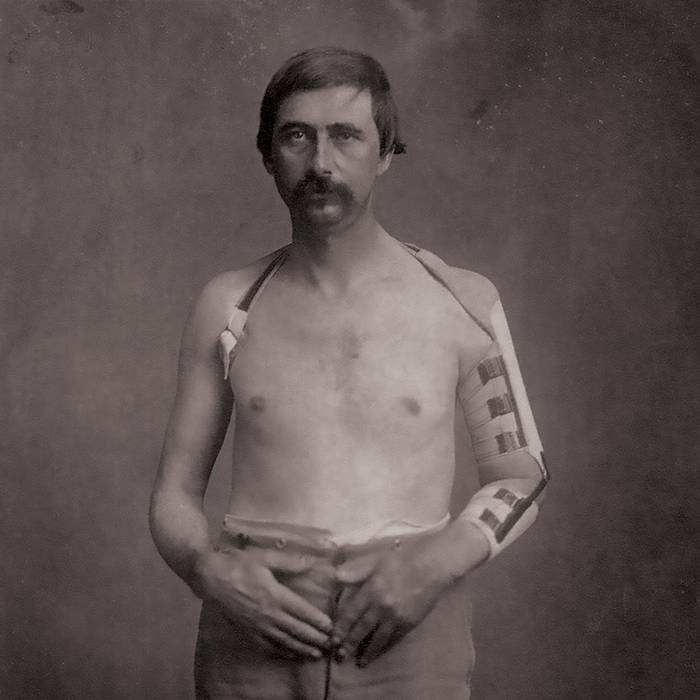 Rob Skidmore Another expansive collection of original tracks from William. Excellent sound which engulfs the speakers with great clarity and separation. The instrumentation is well arranged and each release from this guy is unique and different. Boundless creativity and a great addition to my collection. Favorite track: Storms.

usyk a part of unceasing journey of his creation Favorite track: Storms.

Benjamin Doran Soaring from mire. Crisp and muted. Layered with textures that only reveal themselves at separate listenings. Favorite track: Protracted.

Ben Hymns to the end of the world. Played with the resigned acceptance of our collective failures. Subtle, dense and layered, as most WRF music seems to be.

This is a fitting way to end the massive, sprawling Leave Me Series. A hazy punctuation following the eerie New Words For Old Wounds.

I look forward to the next album, which has already been hinted at. Favorite track: Our Strange Progression.

“Empty bellied gods, Unsatisfied man. Though we devour one another, we can never stomach ourselves. Oh hollow beast, human discord rings out hanging in suspense. How can we resolve such a flawed progression?” - WR. Fritch

William Ryan Fritch’s new album ‘Clean War’ arrives during uncertain times - hollow leaders, blurred friends and foes, a heavy mix apathy and aggression divide much of our society, a need to label people, places, and ideas so quickly in order to usher them away to our like and dislike piles with no more than a crooked word from our sponsors.

The current state of music shares a similar struggle, slap it with a genre label, file it away in under a week on whichever xyz music blog, and forget about it. William Ryan and Lost Tribe Sound have long attempted to combat this lethargic behavior by producing substantive music that you’d wholly regret never laying ears upon, music that holds a fire in its belly and challenges comparison. A perfect example of one such effort is Fritch’s new ten song album, ‘Clean War.’

Of course music becomes more intriguing and mystifying the less we talk about it, but a few words may help clear the path. ‘Clean War’ is an album of grave societal concerns, with poetic and deeply cutting lyrical verses that take direct aim at them. Take for instance this poignant moment from the title song, “There is no clean war. There is no absolute truth. There is no victimless deed, but we are deaf to the echoes of each.”

Musical themes established, what does the album actually sound like? It’s an even further rejection of the soft, clean cinematic stock stamped out by today’s modern classical scene. Don’t let the title ‘Clean War’ fool you, it is anything but clean. It’s a woozy descent into some of the dirtiest psych music around. Pained orchestras of guitar, strings, horns, and synths rise from the swollen landscape; saturated, buzzing vocals cut the air, only to be devoured once again by the fog. The percussion lumbers through the album's more rock framed moments like a thirty ton, war-clad pachyderm laying waste to, and oddly propelling each worn and beaten reverie. In its passages of retreat, ‘Clean War’ delves into an entirely new world, one which comparatively speaking would rest comfortably alongside the dank tape delayed burial grounds of Ian William Craig and Leyland Kirby's Caretaker project.

‘Clean War’ is an undeniably human album, proudly displaying it wounds and disgust. Fritch must purge these dark psalms in order to not be consumed by them. Yet in the mire, a gentler tone resides, one that knows there is still good in humanity. He leaves us with a solemn prayer - a call to be decent to one another, to be more than hollow beasts, to upset a future of poor repetitious behaviors.

‘Clean War’ arrives right on the heels of Fritch’s incredibly bombastic final album in his 11 album Subscription Series, ‘New Words For Old Wounds’ delivered on May 20th, 2016. It’s worth mentioning, ‘Clean War’ is a look beyond, to a towering, shadowy mountain of music that lurks in the not too distant horizon. More on that soon!

"Chamber pop orchestras sweeping in from an alternate 60s, teetering on the brink of distortion - drums clattering, honey dripped choirs cooing over broken organs and gently swaying string sections. It basically doesn’t really sound like anything else around at the moment." - G. Miller -DROWNED IN SOUND

"The production of Clean War is that of a cassette excavated from layers of compacted earth, caked in mud and bleeding tape from both spools. These songs have to fight to be heard against a medium that threatens to rip their wondrous orchestration into incommunicable obscurity" - ATTN MAGAZINE

"Clean War offers something more. His sound is soupier than ever before. For most artists this would be a bad thing, but here there’s something epic about these near distorted washes of warmth that elevates his approach." - CYCLIC DEFROST

"If New Words for Old Wounds is the culmination of the Leave Me Sessions, then Clean War is the coda... these tracks reflect a shift to the abraded orchestra and filtered voice" - A CLOSER LISTEN