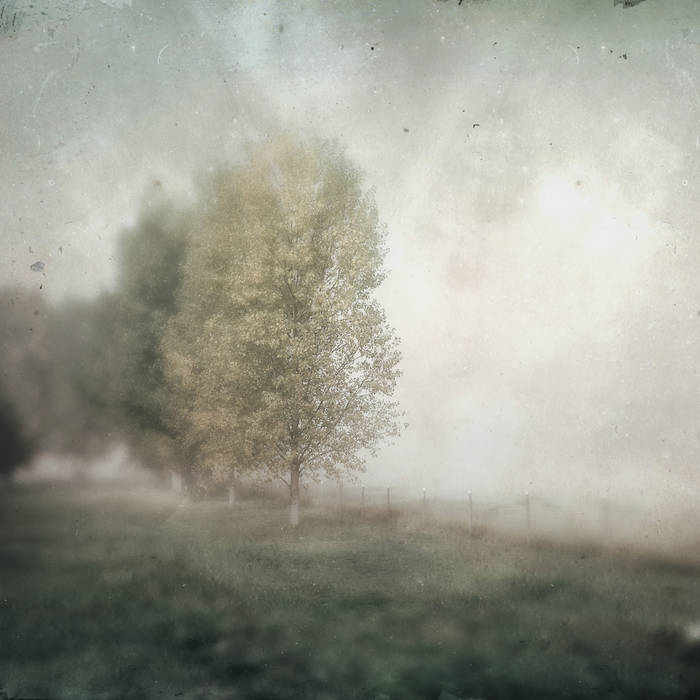 Gyakkun I love listening to this striking collection of compositions and imagining what sort of films they were meant to accompany. It's hard for me to believe, however, that any visual component would be much more than a distraction from the singular emotive power of the music. Favorite track: VI - A Tangle of Birds.

In.Visible.Generator Its a treasure of compositions.

Jeremy / HI54LOFI Put William Ryan Fritch into your headphones and turn your mundane day-to-day tasks in to a beautifully soundtracked documentary. Favorite track: VI - With Each Sweet Submersion.

MDGanas Another great collection of music by William Ryan Fritch. This is one of my favorite compilations of music and #2 behind his Eagle Hunters sdtrk. The CD version is what to have, it's beautifully done, quality from front to back and all the music in the middle. One of my favorites for 2019 and in my collection! Favorite track: VI - A Tangle of Birds.

Joe Borreson This collection of soundtrack pieces by the incredibly talented + ever prolific WRF is one of my favorites out of the vast catalogue of his works. There is something about this particular collection that somehow captures the essence of certain feelings and emotions with swells of sound that are hard to even express with words, but which somehow these sounds herein express in a rare and glorious way. Favorite track: VII - Time Curves So Subtly.

Lost Tribe Sound So many brilliant pieces of music, this was just the tip of the iceberg really. We whittled away at this collection for months to really narrow it down to these poignant songs. We could easily make a Volume III and IV with completely different genres/ musical approach if the world wants it. Favorite track: VI - Same River.

THE YEAR'S BEST PACKAGING 2019 - "Deceptive Cadence is the crown jewel of Lost Tribe Sound's latest subscription series, if not of their entire discography. This is only fitting as William Ryan Fritch ~ who also records as Vieo Abiungo ~ is the label's signature artist. Deceptive Cadence makes a perfect introduction for neophytes, and a generous gift for fans: nearly 150 minutes of music spread across two discs, and not a single skippable track." - (Richard Allen) A CLOSER LISTEN

FAV OF 2019: MUSIC FOR WALKING AND NOT CRYING IN THE AUTUMN RAIN - "This music fills my soul with calm and open vastness, the type that will remain there long after we’re gone." - HEADPHONE COMMUTE

2019 IN REVIEW FAV: MODERN CLASSICAL - "Fritch has carefully curated the selected compositions in a way that transcends the original context to create something majestic and new, a singular opus that a listener can come to with fresh ears and experience with unfettered joy & wonder." - STATIONARY TRAVELS

10/10 - "Perhaps the most consistently awe-inspiring collection yet in a career brimming with emotional epics, Deceptive Cadence is a stunning achievement in modern composition." - (Scott A. Gray) EXCLAIM!

"These pieces often sound like the work of tight traditional folk ensemble that has been elevated into something unnaturally lush, layered, and dreamlike by the hands of a great drone artist who has been very careful not to lose their earthy, lyrical essence... If anything else comes along in the next six months to unseat Deceptive Cadence as one of my favorite albums of the year, it will have to be one hell of a revelatory release." - (Anthony D'Amico) BRAINWASHED

"William Ryan Fritch is definitely a revelation that deserves to be heard by a larger audience... the way Fritch keeps sending pearls into the world is nothing short of breathtaking." (translated from Dutch) (Philippe De Cleen) DANSENDE BEREN

"Sometimes I have been sceptical about artists that release a lot of music usually on the same label. Lesser artist and labels (which I wont name) from my point of view have churned out work that is so similar and feels like that everything that has been recorded has been released. The situation with William Ryan Fritch and LTS is so much different. The bond between label and artist is one that I can’t think of a of a comparison to put next to." - DRIFTING, ALMOST FALLING

It’d be a laborious task to run through all of Fritch’s many accolades, since 2009 he has released over 20 albums and composed music for over 30 feature films and more than a hundred short films. Lost Tribe Sound has been by his side since the beginning, releasing a few of his finest stand alone scores, including the critically acclaimed, ‘The Waiting Room’, ‘Eagle Hunters in a New World’, and ‘The Old Believers.’ Of course, LTS could boast for days about what a musical genius we believe he is. Yet, having written so many of these press rants for Fritch in our time, we’ll try to curb ourselves at the risk of preaching to the choir or sounding disingenuous.

That isn’t to say, Fritch isn’t well deserving of mountains of praise. We are honestly amazed that his film music hasn’t attracted the attention of more major motion picture studios. To date, Fritch has penned imaginative and impressive scores for narrative and documentary productions that run the gamut of most every imaginable genre and aesthetic. From raw and emotional films that uncover startling humanitarian and ecological crises, such as 2016’s Oscar-nominated short film ‘4.1 Miles,’ and National Geographic’s sweeping ’Into The Canyon,’ to eccentric and nuanced biopics and documentaries on figures such as Ursula K LeGuinn, Bill Nye and Johnny Cash. Fritch has found unique and artful voices for these wide ranging stories.

Most of those familiar with Fritch, know only of his albums as a singer songwriter or genre-elusive multi-instrumentalist, which truly represent a small fraction of the depth and range of his work. ‘Deceptive Cadence…’ gathers the most remarkable and memorable pieces from Fritch’s vast catalog of film compositions. Rather than filling up two volumes with half assembled film cues and fragmented themes, Fritch has gone to great lengths with ‘Deceptive Cadence…’ to make sure both volumes tell a story, build theme, and create a satisfying full album experience as good as any movie they may have come from. While this music once graced a particular film, show, or commercial, it has all been reimagined, reworked and made whole in post-production to complete the epic narrative of ‘Deceptive Cadence…’

Even fans who remember the release of ‘Music for Film Vol.’ I in 2015 will be in for a serious treat. Rather than simply reissuing the album alongside the newly minted ‘Volume II,’ Fritch dove back into ‘Volume I,’ carving away the fat, leaving only the most breathtaking pieces from the original and replacing the rest with assuredly more mature and enduring compositions. The results of this care are astounding. Keeping in place the emotional sophistication and poise of the original, Fritch seamlessly entwines new classical motifs into the existing, enhancing everything for the better. It’s provided ‘Volume I’ with a newfound sense of regality, romance and legend.

While ’Volume II’ compliments ‘Volume I’ exceptionally well, much of the music was selected from more recent films. ‘Volume II’ eagerly shares the progression of Fritch’s work over the last few years, reveling in a new found subtlety, patience and confidence as his skills as a composer have advanced. There’s a more minimal and spatially aware approach at play here. Quiet and unhurriedness become the heroine of the story. With ‘Volume II,’ Fritch has been consistently practicing his craft, refining his unique minimalist/maximalist approach to better support the emotional impact of the lead melodies. Dispersed sparingly throughout, are some of the most long-form ambient classical compositions of Fritch’s career, offering a wonderful chance for listeners to become immersed in waves of drone-like strings, submerged piano melodies, and light bending arrangements. ‘Volume II’ undeniably deepens the well of talent and world building that Fritch has shared with us thus far, and binds together multiple film works into a complete and captivating whole.

‘Deceptive Cadence: Music for Film Vol. I & II’ is a moment to celebrate Fritch’s 10 year career as a composer. Even if much of the music was conceived to complete someone else’s vision, it’s still some of the most personal, heartfelt music he has ever composed. Made all the more intimate, since Fritch typically has to fall in love with the subject matter of the film and the approach of the director in presenting it. Working from his secluded and intimate home studio in Northern California, amongst the rolling green hills, farm pastures, and the occasional breath of salty ocean air, one can begin to gleam why his music feels so alive. It’s no wonder that since the beginning, Fritch has championed visual projects rooted in the preservation of the natural world, and the discoveries, innovations and stories of the people working to improve it.

‘Deceptive Cadence: Music For Film Vol. I & II’ arrives with a double CD album housed inside a lavish A5 size hard cover book. Each edition contains 8 full color pages of photos from Napa based photographer and designer Joe Borreson. Borreson’s wonderful images should be familiar to those who have followed the labels output, having lent his talents the cover of the original ‘Music For Film Vol. I’ digital edition, along with Fritch’s ‘Her Warmth’ and ‘Dampener’ EPs, as well as, The Green Kingdom’s ‘The North Wind and the Sun.’ Each one comes hand-numbered, and limited to 200 editions, with no repressings or second editions.

"Time Curves So Subtly" Credits:
Footage from "Oceanside" by Scrimshaw Films (vimeo.com/scrimshawfilms).
Modified from the original under CC by 3.0
With additional footage from Royalty Free Sources