FREELAND (Film Trailer) - Now in Theaters and On Demand 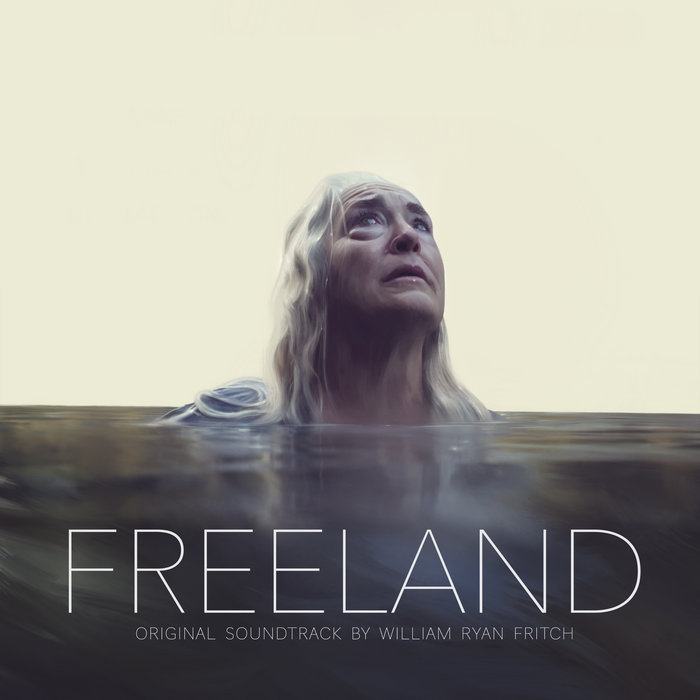 Sailcloth 'Submersion' is such a wild track, I've got to see this movie

Joe Borreson Redwood misted mulch music,
fed by fern fringed wonder. You meander through the forest dander upon a single track as this resinous moss covered woodsy sound emanates from the deep ethers.

WRF does it again and I am always in awe. Haven't seen the film, but the sounds he makes bring stories and feelings easily to my imagination. Favorite track: Devi's Last Deal.

Jeremy / HI54LOFI Can I just steal the Bandcamp review that Lost Tribe Sound left on the Freeland album page? Because that's a pretty good description of how this one sounds. Favorite track: Gnawing Away.

TheSlowMusicMovement An intriguing darker ambient, modern classical soundtrack to what looks like an interesting film...

Lost Tribe Sound It's as if Tom Waits, Moondog, Colin Stetson, and Yair Elazar Glotman fell asleep in the middle of the Redwood Forest with all of their instruments for 30 years. Upon waking up all moss covered and rooted in the earth, they decide to make the best of the situation, and just start playing... conjuring up some of the most pungent slow-jazz dirges - built of cyclical half-rotted wooden basslines, rich cavernous knocks, and the sound of waterlogged horns wheezing their way back to life.

A portion of the proceeds from this album will go to organizations who are helping smaller cannabis growers overcome legal obstacles and helping the many growers unable to carry insurance that were devastated by the 2020 California wildfires.

Directors Mario Furloni and Kate McLean created a captivating film about a woman named Devi (Krisha Fairchild), who has been breeding legendary pot strains for decades, farming by day and getting stoned by night, fully expecting to live out her days on the remote homestead she built herself. But when cannabis is legalized, the fragile balance of her whole idyllic life is thrown into disarray. Forced to confront the rapidly changing realities of the weed industry, she fights to go legal in an increasingly hostile landscape that is threatening her whole livelihood.

This score was a labor of love, with Fritch working closely with the directors for over two years while the script was still being written in order to find the right musical identity for the film. The time certainly seems worth it, as it produced perhaps the most original and otherworldly music he has ever created. If you've paid attention to Fritch’s output over the last year with the releases 'The Letdown' and 'At Once, There Was No Horizon', the Freeland OST’s radical exploration of horns, percussion, woodwinds and tape will be a welcome next chapter.

Film critics have lauded Freeland’s score with Variety saying, "William Ryan Fritch’s ethereal score invaluably contributes to a tale that feels texturally just right.” This music does indeed evoke the film's striking redwood covered landscape in the emerald triangle. Its sound is a damp, dank and mossy thing steeped in the mood and physical majesty of the beautiful, yet severe topography of its Northern Californian setting. With waterlogged horns, splintering clacks and wheezing reeds that at time evoke hints of Tom Waits, Moondog, Colin Stetson, and Yair Elazar Glotman at their most guttural and coarse, Freeland’s soundtrack is a bold and satisfying sensory feast.

BEST ALBUMS OF THE YEAR: 2021 Readers Poll - "No one could have made a better soundtrack for this film than William Ryan Fritch, as he is a goddamn textural sorcerer." - (Anthony D'Amico) BRAINWASHED

"Fritch packs a lot into a slim timeframe while still managing to make expansive and uncluttered music. Every single track is complete and whole, and among the more dramatic tracks, one can find unrushed sounds, with some kind of peace and beauty filtering in, despite the surrounding storm." - (James Catchpole) FLUID RADIO

NEW AND NOTABLE - "The soundtrack to the award-winning film “Freeland” functions beautifully as an album in its own right, with stark, evocative instrumentals." - BANDCAMP

"The result is, once again, surprising for its sound density and cohesion between elements, dominated by austere vibrations and imaginative deconstructions." - (translated from Italian) MUSIC WON'T SAVE YOU

"As the music creeps, crawls, shudders, and shakes, acoustic instruments swim in a heady, molasses-thick mix, all such details mindfully assembled to offer a sympathetic complement to the visual imagery." - TEXTURA

"The score by William Ryan Fritch assists in this, suffusing eerie undertones with the real-life forest ambiance that somehow manages to unnerve even as it soothes." - (Morgan Keller) SLUG MAG

"Compelling, extraordinarily fascinating, dark and yet always well fordable. Due to the high sound density you keep discovering something new and yet it also has a calming effect. - (translated from Dutch) (Jan Willem Broek) DE SUBJECTIVISTEN