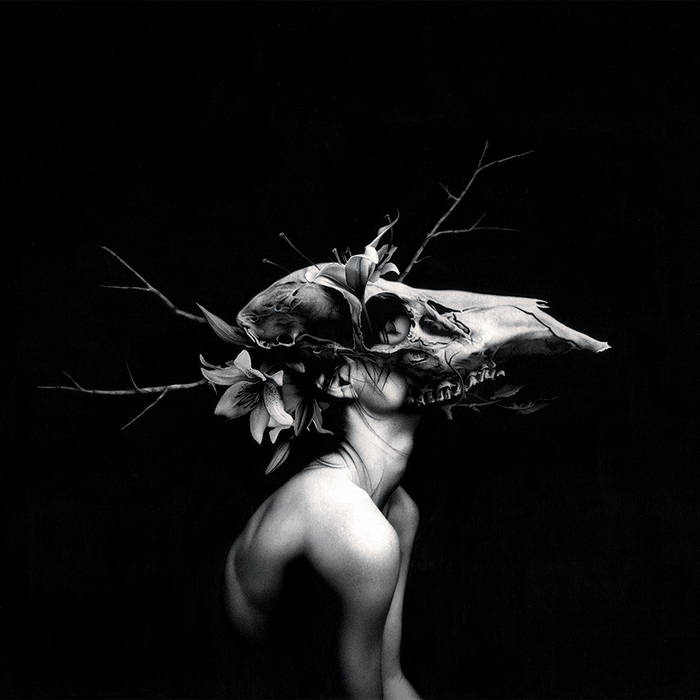 marsje50 Somehow this reminds me of the horror film 'Hereditary', probably because I found both at around the same time. The quiet yet powerful violence in both reverberates with one another. That strange beat, much like an old pulley wheel, combined with the dark, almost hypnotic vocals, make this as quietly creepy as finding out your suburban neighbours are part of a demonic cult.

Nitwoe Chilling and beautiful, William Ryan Fritch takes you on a trip where you don't put year headphones away even for a single second. New Words For Old Wounds are a surprising mix of powerful and delicate sounds that take your breath away and leave you craving for more. Favorite track: Awake (feat. DM Stith).

Jeremy / HI54LOFI There are certain things that you can count on in life and one of those things is that the William Ryan Fritch album you just pressed play on is going to be a headphone treat from start to finish. Favorite track: Floats By (feat. Powerdove).

Ben Holy shit. For a few reasons. First, WRF it seems can't stop making lush beautiful music. It's in his blood and it's a joy to listen to. The reworked songs here are awesome. Second, the packaging for the Private Reserve edition might be the most opulent CD I own. Beautifully bound and presented in an ominous black card envelope, it feels ancient, delicate and powerful. It fits the music eerily.

BEST ALBUM COVER & ALBUM PACKAGING OF 2016 - "The orchestral instruments are mixed so cleanly and fully that they seem to be pushing against the inner walls of the speakers." - A CLOSER LISTEN

TOP ALBUMS OF 2016 - "Between folk to old and paranoid dark pop, out of any comfort zone" - GWENDAL PERRIN

BEST ALBUMS OF 2016 - TOME TO THE WEATHER MACHINE

BEST ALBUMS OF 2016 - "It takes a lot to get me in the right place for modern or contemporary classical music, but William Ryan Fritch carries me far away into a place where only this music matters and, really, isn’t that the point of it all?" HAYDON SPENCELEY

"Dense, hallucinatory indie-folk whose semi-ecstatic energy level is so powerful it can barely be contained" - TEXTURA

" New Words for Old Wounds is a constant feast for the ears, but not one that is simply placed before you to consume...by no means is this an album that one enters lightly." - OPUS

"Fritch is making some truly unique music these days, the palette is wide, and the results are a curious and enchanting mix of film score and indie folk, where dynamics and mood are paramount, yet the music is heartfelt, yearning, and it’s impossible not to be moved." - CYCLIC DEFROST

"We talk about an artist being “prolific” when they release an album a year. And that IS a fast pace. But, What then to do when it’s time to talk about San Fransisco’s Psych-Folk composer William Ryan Fritch? He’s averaging 3 albums a year for Lost Tribe Sound. 3 full albums a year... It is seriously head spinning amounts of music.

Over the course of the twelve songs that make up 'New Words for Old Wounds', the latest release from William Ryan Fritch, the listener is given both a scintillating reminder of the immersive, unmistakable sound worlds he created over the last two years and a welcome introduction to an expanded sonic palette and refined craft that points to where his music may go next.

This parting gift to those that supported his ambitious eleven album subscription series, The Leave Me Sessions merges the colorful orchestration and high drama bombast of 'Heavy' and 'Emptied Animal', the sweeping soundscapes of his finest works for film, and the restrained, nuanced textures of 'Empty' to create its own distinct identity that is both haunting and infectiously exuberant. With guest vocal appearances by DM Stith, Powerdove, and Ceschi, New Words furthers the collaborative spirit found on 'Revisionist' and seamlessly laces each of the artists unique talents into his compositions.

Originally, 'New Words for Old Wounds' was slated to release as a strictly digital affair, but as the album took shape it seemed a more grandiose approach was in order. Lost Tribe Sound label owner Ryan Keane has helped design and handcraft a number of deluxe editions over the years, sparing no expense to work with the finest archival quality papers, cloth, and materials used in the professional bookmaking process.

'New Words for Old Wounds' will be released in two different deluxe CD editions. The first is part of a new series from the label called "The Private Reserve", which will bring to life highly limited and incredibly lavish handcrafted editions. The Private Reserve editions will be limited to twenty-five copies for the world, and housed in a Japanese side stitched hard cover book, containing four bound pages of lyrics and artwork. The second edition will be no less stunning, as LTS has enlisted the help of the packaging and printing press experts at Stumptown Printers in Oregon, to help create a panoramic gatefold housing for the album and lyrics sheet (limited to 250).

Both editions prominently feature the unbelievably realistic pen and ink paintings of artist Sail (uselessarm.com). One would think they are looking at a black and white photograph or some sort of photoshop manipulation when viewing Sail’s work, but that would be incorrect. Between the bold musical forms, rich imagery, and the tactile, substantial packaging, 'New Words for Old Wounds' is truly a fitting close to Fritch’s masterful series.
____________________________________________