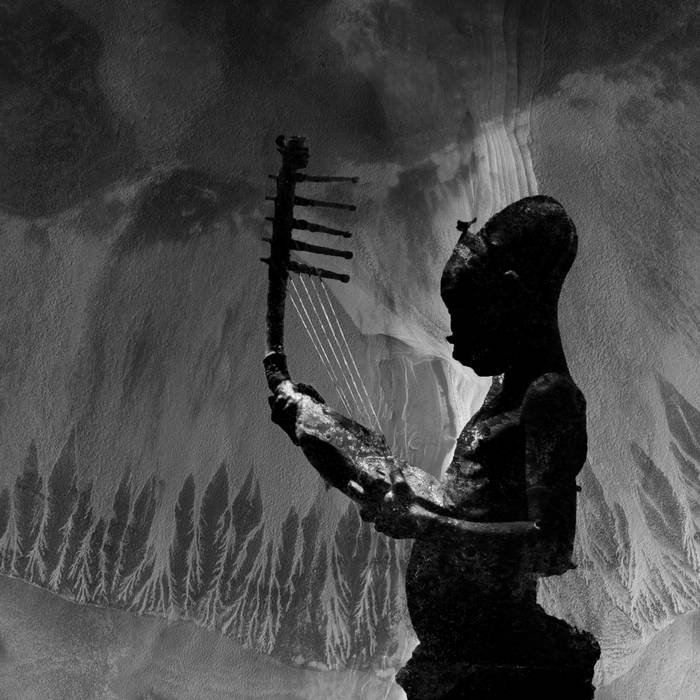 Harsh Agarwal The music of Vieo Abiungo is bleak but it amazingly encapsulates hope in it. This is what makes it so special.

Joe Borreson Another masterful, mysteriously multi-ethnic and melodic ker-thunking album by Mr. Fritch's original moniker, and it's incredible. This one covers a range of styles and sounds, but ultimately his sound and style are his alone. So very good. Favorite track: No Diamonds in These Mines.

TOP 20 NON-METAL ALBUMS OF 2019 - "The full trip feels largely shaped by the sort of rhythmic strength you’d hope to experience while traveling Africa top to bottom... there’s also a strong film score impression that folds in a “drifting shadows” sensation that almost feels supernatural. One thing for certain, these are the dregs you’re looking for." - (Captain) LAST RITES

8TH FAVORITE ALBUM 2019 - "Fritch builds an exotic tale of a far away land, perhaps one that doesn’t even exist. It will literally suck you in with tribal tunes and its subtle moments of suspense." - (Harry) IRREGULAR CRATES

TOP 200 TAPES OF 2019 - "Vieo Abiungo is crafting a new language, a distinct folklore with many antecedents but a fascinating new direction. Fritch’s arrangements on “The Dregs” are dense and forward-looking, rich and invigorating" - (Ryan Masteller) TABS OUT

"Over the past decade, Fritch has carved his own sonic Wakanda: an awe-inspiring, inclusive kingdom that could be real. Leave aside the title; these are the diamonds in the mine." - (Richard Allen) A CLOSER LISTEN

8/10 - "There's almost something a bit punk in the attitude of the music, the way street folk music around the globe can feel more authentically punk-as-fuck than snarling in a faux-British accent and only playing shitty bar chords ever could." - (Scott A. Gray) EXCLAIM!

"This is the type of album I’d play over any of Goddfrey Reggio’s Qatsi films in lieu of Glass’s soundtrack. Or rather, what I would expect to hear as the score to an Africanized remake of El Topo... This album is not the kind of lo-fi bedroom-produced inner space soundtrack that is usually associated with the cassette underground. This music could be on Tzadik. But Fritch decided to make it private and personal. Take this album as a gift. Private music from a generous soul." - (Mike Barrett) CASSETTE GODS

"Vieo Abiungo has created an unsung masterpiece if soundtrack storytelling with ‘The Dregs’. Its ever-shifting melodic hunt for home is spellbinding. Every two minutes something new and interesting pops up to keep you on your toes. A true delight from start to finish." - (Simon Smith) HIGHER PLAIN MUSIC
____________________________________

Nearly ten years ago at the onset of Lost Tribe Sound, an artist emerged whose impact would go on to define our core direction as a label, to release music that leaves its tattered edges proudly in place, acoustic instrumentation blended seamlessly with dirty mechanics, timeworn sound worlds rooted in the muck and mire of the present. While we’ve traversed a wide variety of genres over the years, 2019 will find LTS returning to our origins, a label dedicated to exposing some of most beautifully bizarre beat-driven electroacoustic music we can get our hands on.

With that said, who better to kick off the year, than Vieo Abiungo. Many know this artist by his proper name William Ryan Fritch, but those who have followed LTS for a while should instantly recognize Fritch’s more obscure moniker. A name thought to be long since retired, as it’s been over 6 years since Fritch released his last Vieo Abiungo album, ‘Thunder May Have Ruined The Moment.’ Now we welcome a new full length album ‘The Dregs.’

‘The Dregs’ was conceived over the last couple months to help along our 8 album series currently underway, titled, ‘We Stayed The Path That Fell To Shadow.’ The series hit some typical production lags, combined with a dose of personal tragedy. Fritch and LTS wanted something to offer our loyal subscribers that would bridge the gap until the arrival of his upcoming double album ‘Deceptive Cadence: Music For Film Vol. I & II,’ slated for release in late April 2019. We discussed resurrecting Vieo Abiungo, something we’ve entertained for a while now. We asked if we could dive into Fritch’s massive archive of music and unearth some our favorite Vieo Abiungo tunes from lost and abandoned albums. What we discovered were pieces that buzzed with the same raw and texturally unpredictability that first drew LTS to Fritch's music.

While arranging the album, we focused in on songs that showcased a side of Fritch’s musical personality that has rarely been heard. The aim was to make the distinction between William Ryan Fritch, the film composer and singer songwriter and his Vieo Abiungo project even clearer. In place of his signature sweeping strings and intricately layered orchestration, the thrum of plucked viola de gamba forms much of the backbone of the music, played in a style akin to a North African oud. In addition, ‘The Dregs’ stands out with its unusual percussion teasing out and tangling together poly-rhythmic lines that make for some of the most intoxicating rhythms we’ve ever heard from Fritch. A large arsenal of horns, marimbas, vintage keyboards, mbiras, and Tuareg-style electric guitars also find their way into the mix.

‘The Dregs’ draws comparison to Fritch’s 2017 soundtrack for GoPro’s ‘Eagle Hunters in a New World,’ though the music of ‘Eagle Hunters’ focused squarely on experimenting with techniques and sounds of Mongolian Folk music and its incorporation into the landscape of the film. ‘The Dregs’ is allowed to dance more freely, unbound to a specific region, genre, or stylistic concern. The album feels malleable, held in permanent motion by its shapeshifting beats and bombastic melodies. It’s filled with so much personality, don’t let the title fool you, while dregs by definition refers to the “leftover remains,” we could have easily named the album ‘The Cream,’ but that didn’t have the same ring to it. Every track on the album is pure gunpowder, explosive in both mood and delivery, with the exception of a couple somber and timely interludes meant to give pause, recharge and prepare the ears for the next expansive onslaught. ‘The Dregs' hits upon so many genres yet refuses to be defined by any of them. With any luck, ‘The Dregs’ will persuade Mr. Fritch to pull Vieo Abiungo permanently out of retirement and give us the next evolution in this immersive tale.

CASSETTE DETAILS
‘The Dregs,’ our 5th installment in the Dead West Tape Series, arrives on a limited real-time, pro-dubbed, hi-bias tape cassette. Each edition is housed in a reverse printed 300gsm heavy card stock folded case. Each one (limited to 100) also comes with a download card offering a choice of formats including FLAC, 320K MP3, etc. Artwork, layout and design by Ryan Keane.

DEAD WEST TAPE SERIES
Dead West is an ongoing series of limited cassette tape releases from the Lost Tribe Sound record label, inspired by the relocation of the LTS headquarters from the dry desert of Arizona to the lowland plains of Wisconsin’s farm country. The Dead West focuses on music built for exploring and soundtracking your environment, whether you're deep in the middle of lush woodlands, or just laying back at home with rested eyes.

‘The Dregs’ is the fifth release in the series, and will be released along side the 4th edition of the Dead West series from our newest LTS artist, MALK. Editions IV and V are some of the most challenging music we’ve ever had to describe. Listeners are urged to simply trust us, and dig in on these two cassettes while their still around. So far every edition has been an early sell out.

As for the Dead West narrative, if Fritch’s, ‘Ill Tides’ navigates the sea, Seabuckthorn’s ‘I Could See The Smoke’ traversed barren deserts, From the Mouth of the Sun’s ‘Sleep Stations’ gave us the bird’s eye view, MALK’s ‘WMAIDIT’ abandons us in dank forests, and Vieo Abiungo’s ‘The Dregs’ treks between arid highlands and dense jungle.

Video Credits "Cobble Together":
Music by William Ryan Fritch
Video edit by Ryan Keane
Footage from the Prelinger Archives and from and from Jonathan Mccabe's - “Partially Bilaterally Symmetric Bone Music I”
Licensed under CC-by-3.0
Films were modified from their original content.